Our mandala vegetable garden, with its earthbag & hessiancrete raised beds, has been in the works for some time. We laid out the locations of the beds back in August, and built the first raised bed (of a total of 6) as a demonstration model. 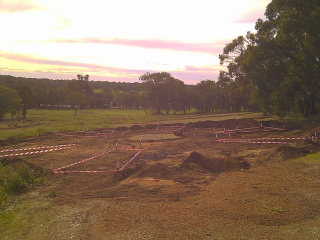 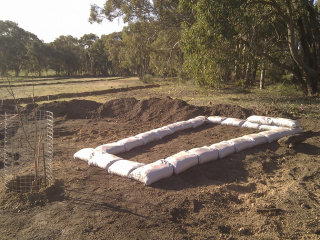 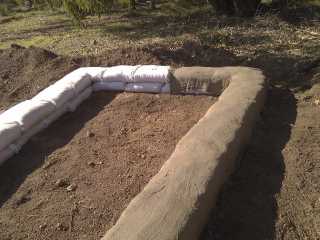 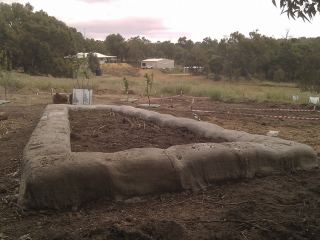 On Sunday, we ran a workshop/permablitz to build the rest of the earthbag garden beds. In spite of weather reports predicting “scattered thunderstorms” (weird weather in November) we headed up armed with polypropylene bags, shovels, barbed wire, and enthusiasm. We did get rained on, twice torrentially and a few times lightly, but there was also a lot of cool, cloudy weather perfect for working on the garden. We had a great bunch of people come up for the day, so many thanks to you all! 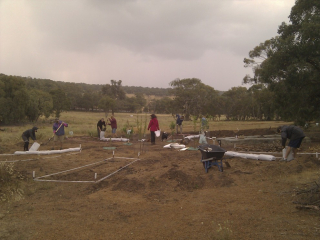 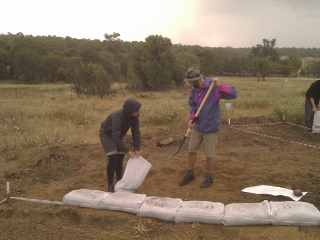 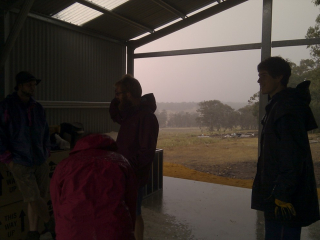 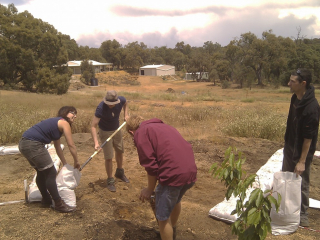 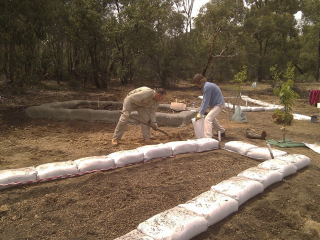 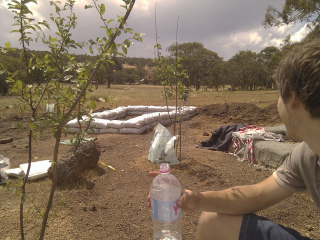 By the end of the day, we had 4 of the 5 garden beds built. We didn’t manage to get to the hessiancrete (aka burlapcrete) rendering, so that’s a job for this coming weekend. We’ll also build the last of the raised beds this weekend if we can; that way we can start the hugelkultur process and get the beds ready for planting for the summer. 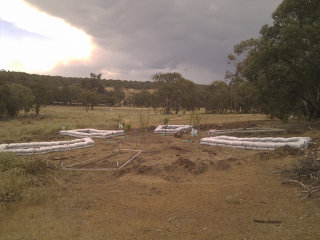 For those who are interested, here is the workshop handout we put together for the day: Earthbag Workshop Handout

We also planted all the seed potatoes we ordered from Tasmanian Gourmet Potatoes. Hopefully they’ll do well and we’ll have a real harvest this autumn. There are Dutch Cream, Pink Eye, Pink Fir Apple, Royal Blue, Up To Date, Russian Banana, and Kipflers, all planted in the first (‘demonstration model’) raised bed. Now we see which varieties do the best.

The other excitement for the weekend was the bees! Finally, bees. Two hives, as it turns out, because we had the opportunity to rescue a swarm which had lodged itself in a flowerpot at someone’s house in the same week that our pre-ordered nucleus hive from  Bees Neez Apiaries was ready. So we collected the swarm on Friday night, complete with flower pot, and pcked up the nucleus hive on Saturday. Neither colony has been moved into their final hive boxes yet because the weather was so cold and wet that we thought it would be better not to open the hives up, and just leave them in their temporary accomodation for a week. 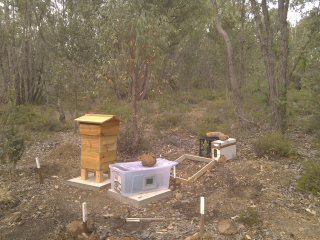