This is a nerdy post – because I am, fundamentally, a nerd. A plant-loving dirty-finger-nailed wannabe farmer nerd, but a nerd nonetheless. Or geek. Whichever the fashionable term is at the moment. Also, it’s kinda long. Sorry about that.

I believe that technology – computers, robots, spaceships and space travel – are awesome. I’m also aware that technology is a spectrum, ranging from more efficient shovels to bicycles, the idea of surgeons washing their hands before surgery through to vaccines against cancer-causing viruses, sailing ships to electric cars to rockets that can take a human to the moon and back safely, signal fires through to mobile phones. Technology is a set of tools. Really neat, amazing tools, but just tools. Not good or evil, just useful to further the desires and abilities of the people using them.

I look forward to having better technology available, to forming a true endosymbiosis with my phone or computer, having the extra memory and processing (thinking) speed that could give me. I look forward to being able to regrow a new organ from my own stem cells if one of mine fails, or replacing a limb or joint with a functional cybernetic one if I need to. I anticipate every person having these same benefits – technology is the antithesis of elitism and class division, because the technology gets cheaper and easier as we get better at making the tools we want or need.

None of that means I don’t care about the environment, though. I’ve been a gardener even longer than I’ve been amazed and intrigued by computers (I planted seeds and helped harvest fresh peas very shortly after I could walk on my own, and I was a precocious child). I care passionately about sustainability and species diversity and the inherent value of the natural world. I also care passionately about the efficiency and effectiveness that methods such as permaculture and holistic management allow. I’m a technodruid, if you like.

I’m not talking about actual druids or neopagan religion here – and no offence to any practicing druids or neopagans. The kind of druids I’m thinking of are the sort in Dungeons & Dragons roleplaying games. The druid is the caretaker of the wilderness, a character who uses nature-based magic and has a deep connection with plants and animals (and sometimes with the landscape itself).

So, all of that said, posts like this one (The Dawn of Cybernetic Civilisation) on PermacultureNews.org make me sad. So many people in the environmentalist and permaculture communities talk about technology as an evil thing. Many of them don’t really understand it, and they seem to view it as a thing separate from us humans. It’s not. Technology is as close to us, now, as our skin and our breath. We are our technology, just like a honeybee is her hive. We create tools only because we want to use them to make our lives and our childrens’ lives better. 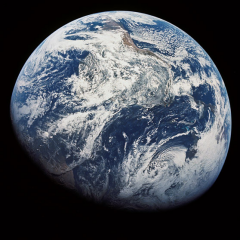 I notice very few of these people refusing to use buses, or bicycles, or even computers and the internet. Do you know why that is? because these things are useful. Maybe even essential. The internet, that source of terror and surveillance, brings us closer together across distances that our ancestors couldn’t even imagine. The petrol engine, even with all the harm it’s done to the environment through emissions we didn’t realise until fairly recently were a problem (two or three or five decades is recent in the scale of an entire culture and species realising something), also made it possible for us to look at the planet from outside. If we had never gone into space, never seen for ourselves the fragile bubble that is our life-support system, we might never have realised that we are responsible for protecting it both for its own sake and also for our survival.

I think we should remember that change happens no matter what we do; we can ride the wave and change along with it, or we can go under. Technology exists not to make us into unthinking cogs in some great machine but because we built it and used it. if we become unthinking cogs it is because we chose to do that.