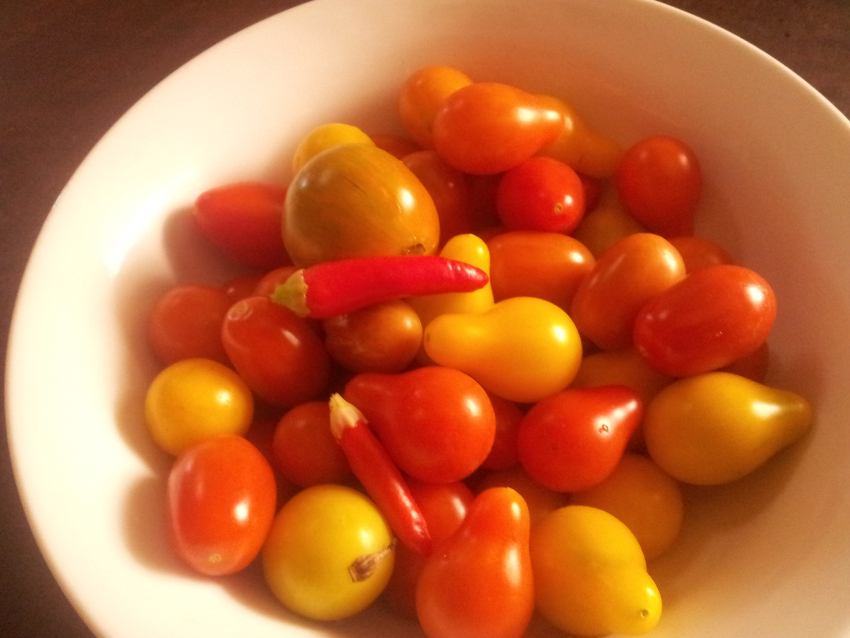 Abundance is such a lovely word. It brings to mind the idea of an elegant sufficiency, of warmth and safety, of sharing.

In the garden the other day, I stopped for a moment and I thought: this is abundance. The sun was shining, the air smelled of green, growing things, and there were bees and paper wasps buzzing around the flowers collecting nectar and, at least int he case of the wasps, (hopefully) killing the various insects which eat my vegetables. I had just picked a bowl full of cherry tomatoes from the vine, and collected a couple’ve warm, fresh-laid eggs from the chook run. I went inside feeling deeply content, as I often do when I’ve been in the garden.

There is an idea in the IT and business world of a hierarchy of needs, called Maslow’s Hierarchy or Maslow’s Pyramid. The basic concept is that we have a deep urge and requirement to meet our most basic needs – food, water, shelter – before we can really consider trying to meet our more complex needs, such as love and companionship, personal growth, and creativity. If we are stuck in a position where our basic needs are not met, we respond instinctively with fear and aggression, hoarding what we do have for fear of not having enough to survive.

The problem with that is that we aren’t very good at being able to tell when we have enough to meet our basic needs and survive. Most people in Australia do have enough to meet their needs, and yet at all levels of income and wealth we are likely to feel that we do not have enough. We feel the fear of scarcity, even when it isn’t justified – and the outcomes are fairly predictable. Our shameful treatment of refugees and asylum seekers, for example, results at least in part from the fear of people taking our jobs and livelihoods – an idea  which politicians use for their own short-term gains.

And the concept doesn’t apply only to individuals; groups or entire societies also behave predictably according to Maslow’s Hierarchy of needs. A society which believes itself to be in a state of scarcity is a society focused on survival, incapable to directing energy to art and science and wonder. A culture which believes that it does not have enough food, water, energy, or arable land to survive becomes aggressive, unwilling to share or negotiate, hostile to change. Does that sound like anywhere you’ve heard of recently?

Standing there in the garden, feeling that sense of wellbeing, I wished I could share both the produce and the feeling with others. Contentment, like wealth, is not well distributed at the moment, but I think there is enough to go around. I think we can make it happen, if enough of us believe in it.