Our darling Cloud-kitty has returned from her trip to Adelaide, and she does indeed look pregnant. She seems to remember us, and is super affectionate, hungry all the time, and starting to look a bit barrel shaped.

However. She’s been away for long enough that she’s forgotten George and Prism, and they’ve forgotten her. Prism wasn’t too much trouble – she’s not the dominant cat in the house, and never has been, so she just backed off and gave Cloud space until they were friends again. George.. not so much. First he growled at her because she smelled of other cats, and then she growled at him, and now they’re apparently mortal enemies. So, for most of this week, they’ve taken turns being locked in the bathroom, behind 2 baby gates (one on top of the other) because both cats can open the bathroom door. It’s not ideal. 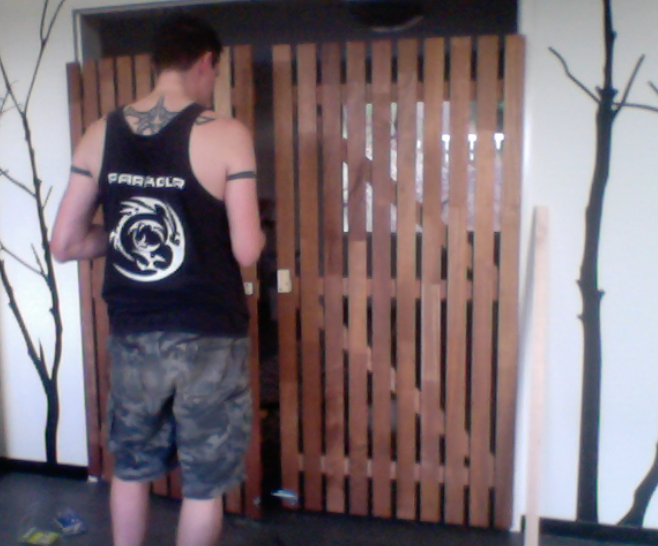 Today’s project is putting gates on the library, so that George can have the run of that space – and once his run is finished, he’ll have that as well, with a kitty door into the library. We can go sit in there with him and give him cuddles and attention and company, but he can’t get to or stress Cloud.

Anyway. TL;DR: we’re modifying our house, so we can keep our cats separated. It’s a pain, but it’s also kinda awesome.

I’ve also been doing some business plan updates for Gallifrey, and amusingly my top potential commercial enterprises turn out to be: bees & honey (and mead), fresh mushrooms, quail eggs, and chicken eggs. Cuy (cavies, or guinea pigs bred for meat) are also a win on the cat food front, as feeding them is much cheaper than buying meat for the cats. So the next animal project – after hatching the wyandotte (chicken) eggs which are in the incubator at the moment – is getting some quail to put in the run we have ready for them. And then we might think about a guinea pig run.