A quick warning for anyone who is squicked by reading about killing animals – this post is about death. Specifically, the death of chickens (roosters). There are no graphic pics, however. 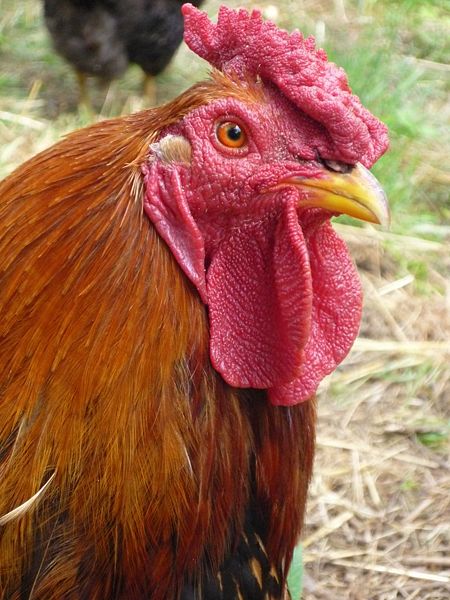 One of the parts of keeping pet chickens that isn’t so often talked about is what to do with the extras. The hens who’ve stopped laying, the roosters which inevitably hatch from about half the eggs you or your broody mama chook incubate. If the birds are pets, you can simply keep hens who’ve passed their laying years – but most people don’t. Councils restrict the number of chickens you can keep, and most people keep chickens for the eggs as well as the companionship so unproductive hens aren’t worth keeping. And roosters – well, most councils won’t let you keep them at all, and even if you can have them, having more than one or two is a noisy and unproductive pain in the rear.

We do have some roosters, because we want fertilised eggs to hatch more chickens, and because roosters are the last line of defence for your flock against foxes. Sometimes a devoted rooster will actually drive a fox or hawk off before they take any hens, although the rooster often doesn’t survive the conflict. However, there’s a limit to how many roosters we can keep, and the ones which try to peck me when I feed them are always going to be the first to go. So last weekend, we held a rooster cull; we killed, bled, plucked and gutted the two extra roosters (known for the last few weeks as Pecky McPeckyface, and Bitey McBiteyface). One gold laced wyandotte, one white silkie.

The lessons from this cull were as follows: 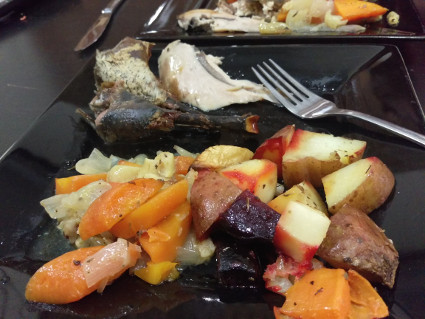 The birds sat in brine overnight (10% brine, with some added rosemary because the flavour really does settle into the muscles). The Wyandotte went in the freezer, but the silkie turned into roast chicken for dinner last night. The flesh wasn’t as dark as I expected (silkies have black skin, flesh and organs – it’s a genetic trait called fibromelanosis), but it tasted delicious anyway. K used a Jamie Oliver recipe which called for an entire lemon in the cavity to infuse the bird with lemony goodness, and it was amazing.