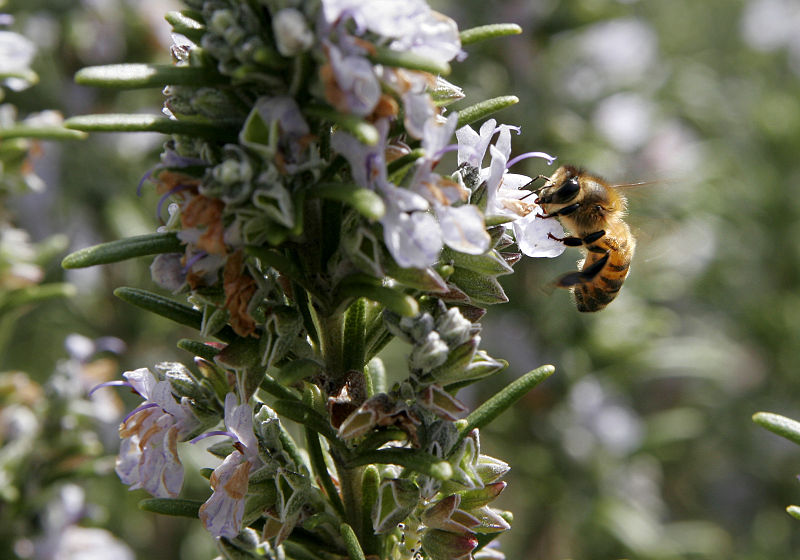 Rosemary (Rosmarinus officinalis) grows brilliantly in Perth. It’s commonly planted as a hedge, and can easily be collected (in Perth, it’s a great urban foraging target, because it’s planted so widely, and grows so enthusiastically). Rosemary is very strongly flavoured, but it can be used in salads as well as for flavouring food, and can also be used to make a caffeine free tea (technically an infusion). Rosemary is also a fantastic bee plant, with a long flowering period.

Although often used to flavour lamb or mutton dishes, rosemary works equally well with goat, pork, rabbit, fish or chicken. I haven’t tried it with other poultry (duck, goose, quail, squab, …) although I suspect it would work. It can work really well with beef too, as long as you don’t over-salt the dish. Try using the long stems of the rosemary shrub, stripped of leaves, as skewers for kebabs – meat or vegetable – for a summer BBQ. The leaves can be infused in oil or vinegar, which then makes a great salad dressing.

We have several rosemary plants around the house, both in the herb garden and other spots. I love the smell of it, which is released whenever you brush past it or run your hand through the foliage. I also put rosemary sprigs in my cupboards to (a) scent the sheets, blankets, etc., and (b) discourage moths. I don’t know if it actually does discourage moths, but it certainly doesn’t hurt. Ours are all the traditional blue-flowered variety, but I’m trying to grow some cuttings of a variegated blue rosemary, and a pink flowered type.

Rosemary grows very easily from cuttings. It’s one of the easiest plants to root, along with hibiscus, pelargoniums, willow and frangipanis. Cut a piece of rosemary at least 10 – 20 cm in length, and trim the leaves off the bottom half to two thirds of the stem, then stick the end in some good compost or potting mix and keep it moist. The remaining leaves will mostly die, but the stick will start putting out new leaves in  a week or two. You can use some rooting hormone powder on the base of the cutting, but it isn’t necessary with rosemary.

What rosemary has to offer: 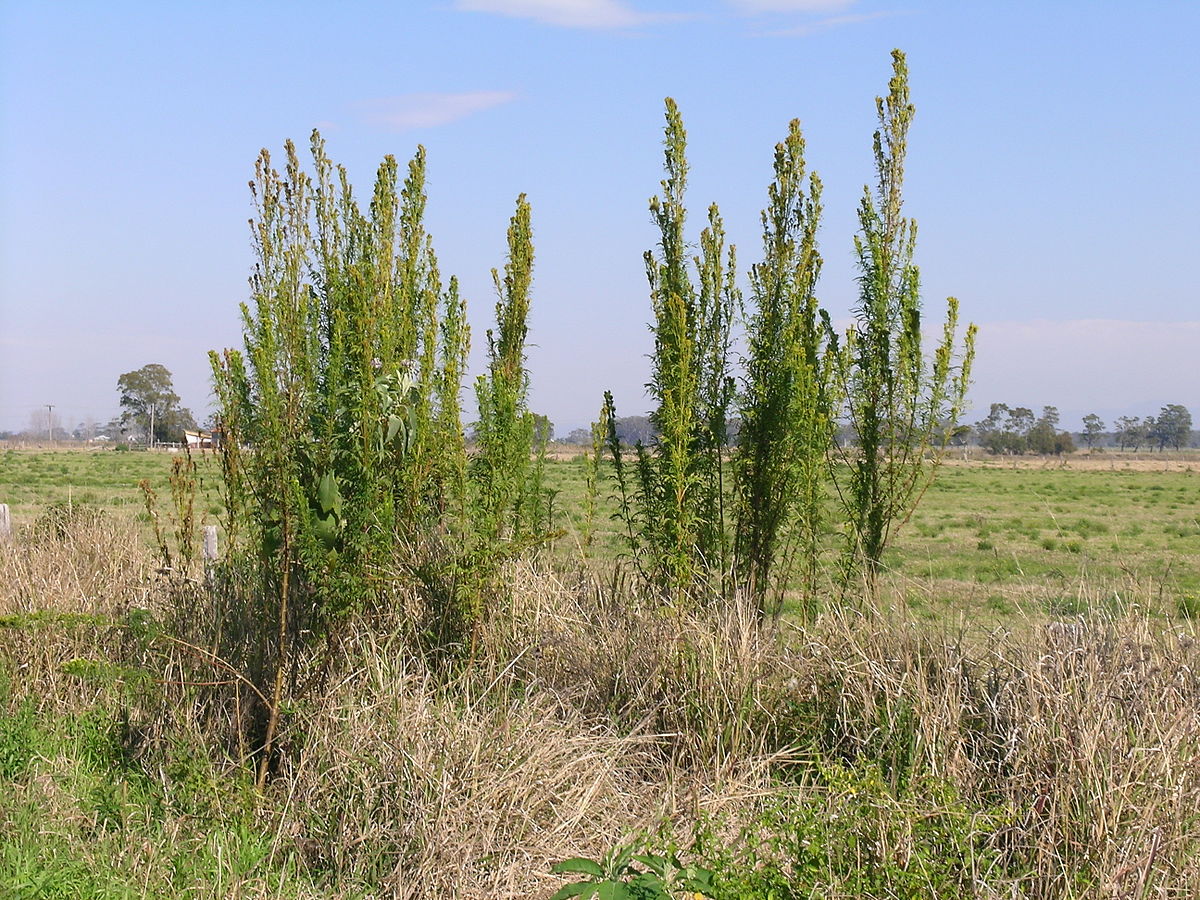 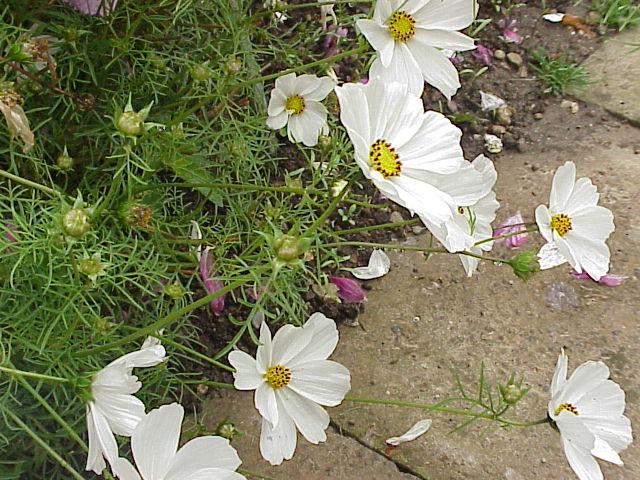 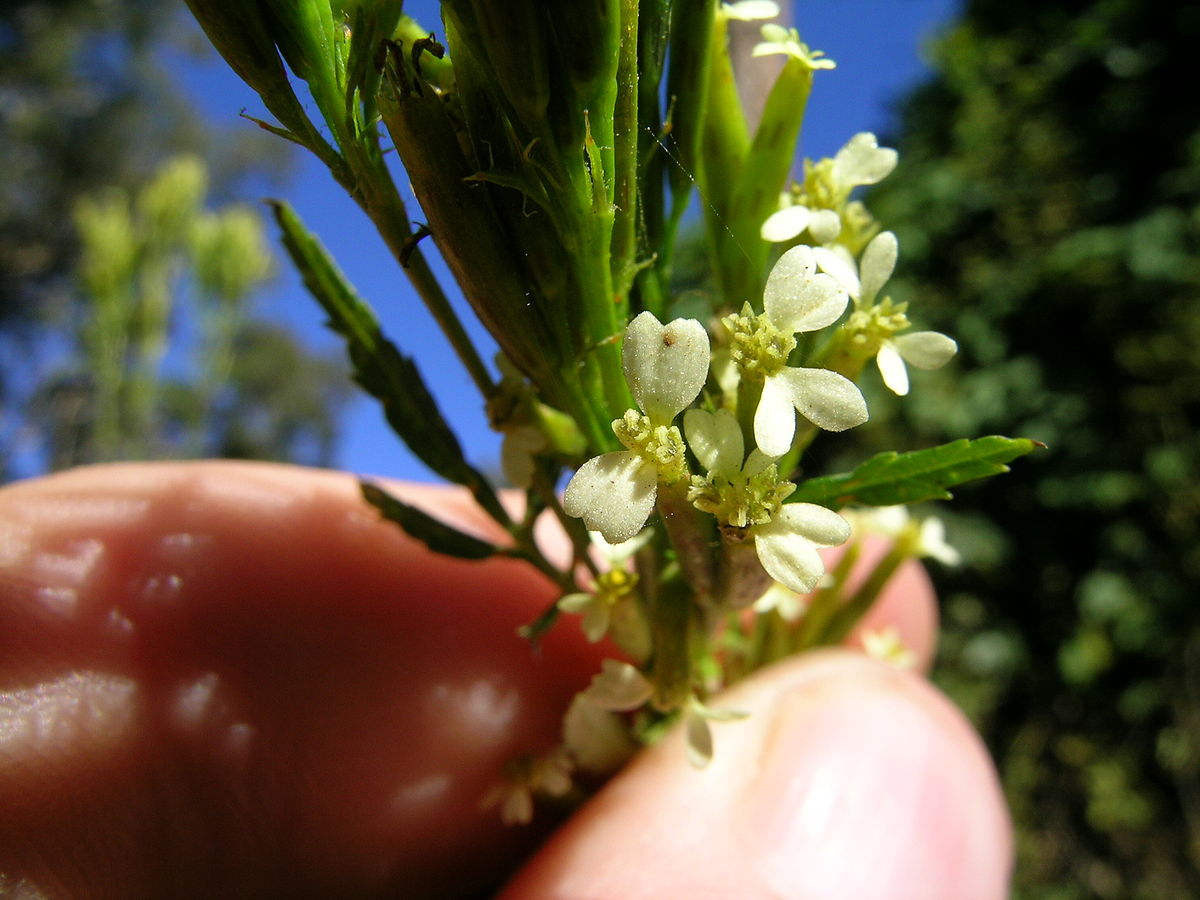