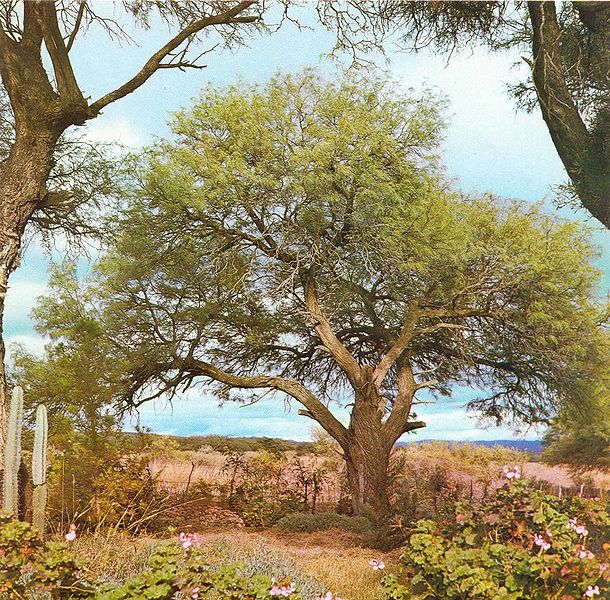 Although mesquite (Prosopis species) are prohibited in Australia (mesquite is a declared weed in all states), because they can form thorny thickets which could pose problems for livestock farmers and because their thorns can puncture tyres, they do provide an excellent food source. Mequite meal, made by grinding up the pods and seeds, contains 10 – 17% protein, and is high in lysine. 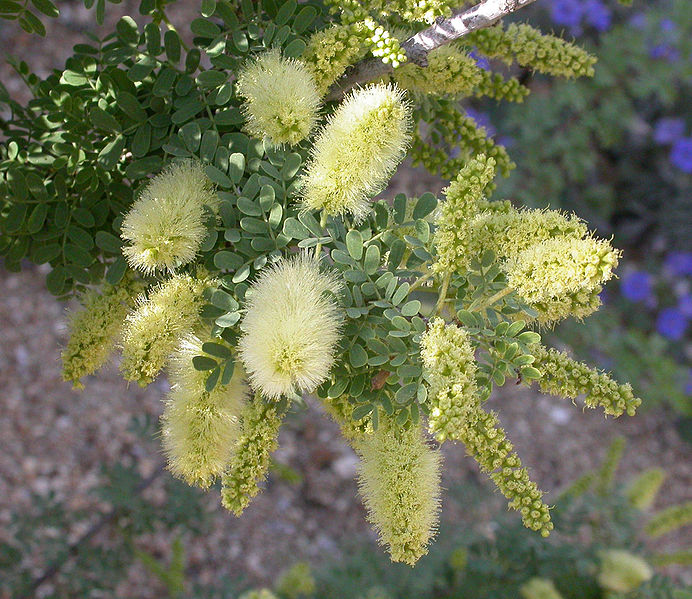 Most mesquite species (there are around 40 of them) are small trees or large shrubs, native to desert and xeric regions of north and central America. They may have one or multiple trunks, and the leaves are light green to blue-ish green. Some are evergreen, while others are deciduous. Many species are thorny, although not all. Spikes of small greenish, cream or yellow flowers form in spring and summer. Extended flowering may occur August-December, with pod formation October-March. The pod is flat and 5-20cm long, compressed, straight to curved, smooth or with slight restrictions between the seeds. Ripe pods are yellow, purple, or yellow with purple streaks and patches. The flat seeds are oval or elliptical 2.5-7mm long by 2-3mm wide, each enclosed in a flattened fibrous case, and surrounded by sweet pulp. 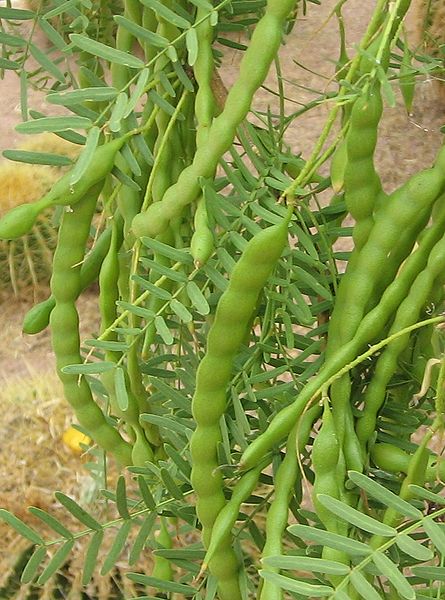 Once the pod is dry the whole pod is edible and can be ground into flour and made into bread. Mesquite pods were widely used in the past by the indigenous peoples of North and Central America where mesquite trees grow, and are still used as a staple food by many people in Mexico. Mesquite meal or mesquite flour can be used to make bread, or it can be added to soups and stews, casseroles, and sauces. It can also be used in pie crusts, used in vegetable and meat dishes, or sprinkled over fruit desserts, puddings or ice-cream. 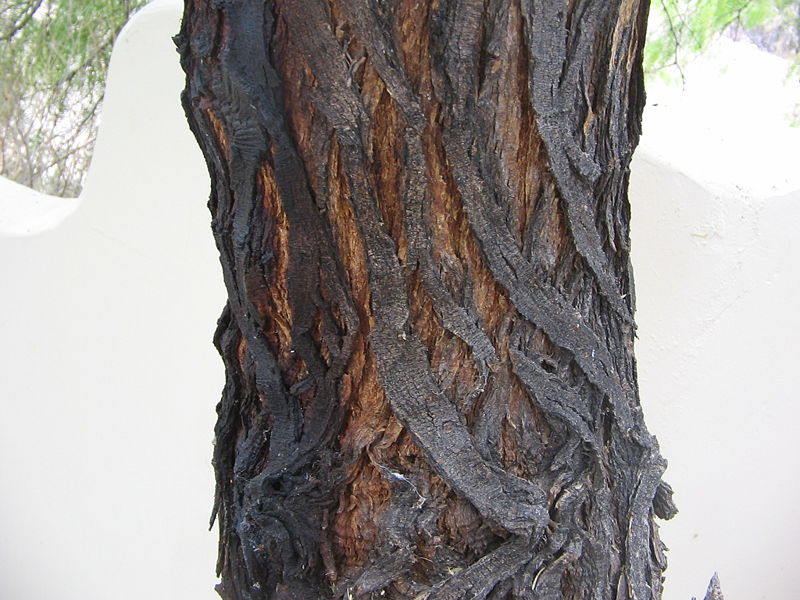 Like carob and wattleseed, mesquite has no gluten (or gluten-like components), so in baked goods it gives crumbly rather than chewy texture. It is also strongly flavoured, so is best used in combination with a milder flavoured flour (such as wheat, millet, or rice flour, ground almonds, or cornmeal) or as a flavouring accent. Recipes calling for mesquite can use wattleseed instead, and vice versa.

Based on recipe from Desert USA, by Martha Darancou: http://www.desertusa.com/lil/mesquite.html 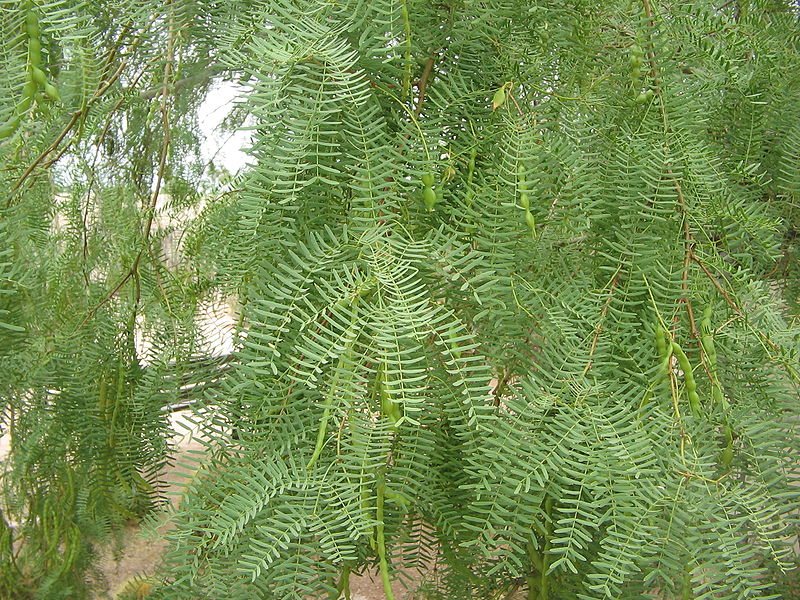 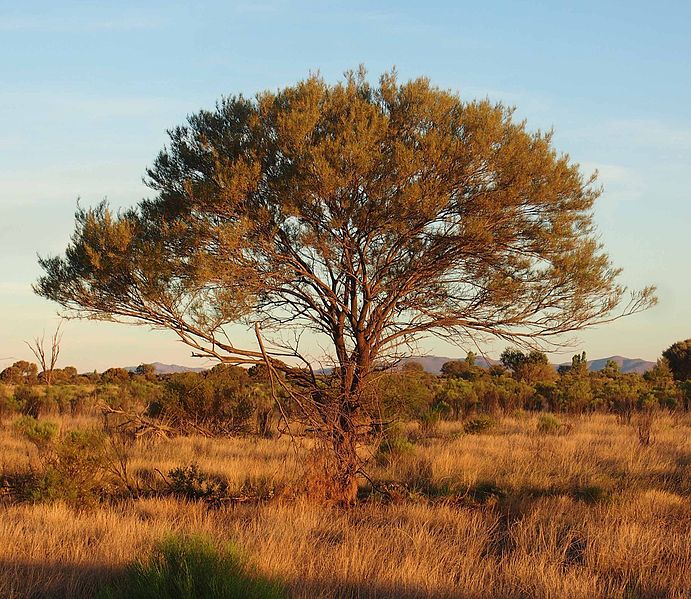 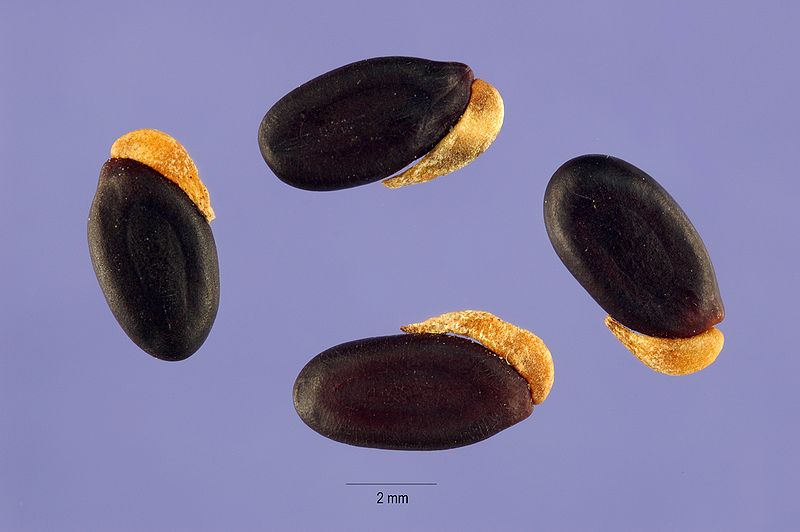 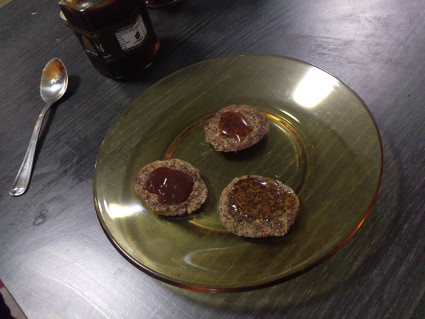 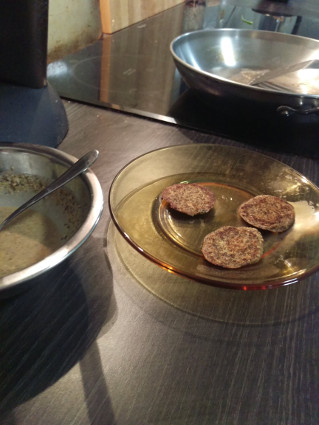 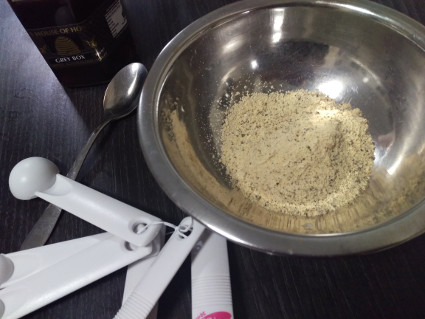